To honor the Super Deluxe reissue of "1999", the duo conjured up a collection full of textured fabrics, overlays and detail.

To honor the Super Deluxe reissue of "1999", the duo conjured up a collection full of textured fabrics, overlays and detail.

Cathy and Lori have outfitted Prince in their striking jackets from 2011-2016. The musician loved their creations, and soon the two went from sending Prince collections of items they had already created to designing pieces just for him, stitching together layers of metallic and burnished leathers, pieces of antique textiles, and textured fabrics. Prince then began wearing their jackets at all of his public appearances: from the Grammys red carpet to Saturday Night Live and Late Night with Jimmy Fallon shows. The creative clan also designed the jacket Prince wears on his V84 cover from 2013. 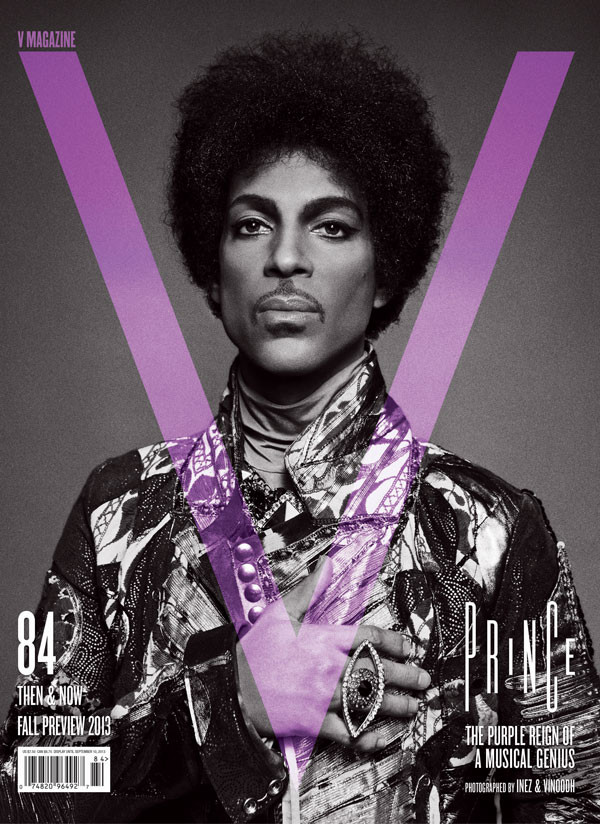 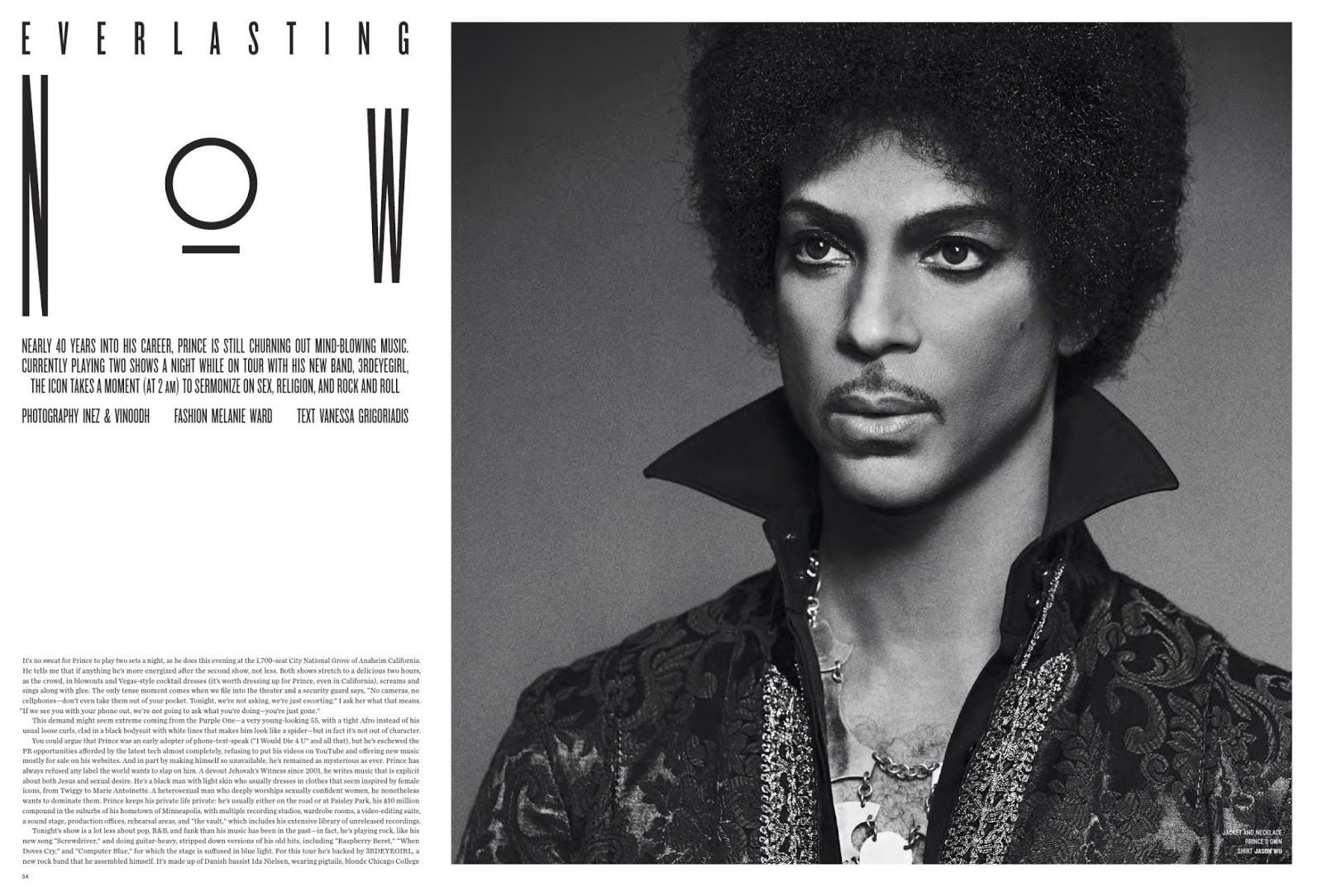 Paying homage to the expanded reissue of 1999, Cathy and Lori were honored to continue to create new pieces based on their profound creative connection to Prince and their appreciation of his 1999 era. V spoke with the two creatives on their newest collaboration and importance of carrying Prince’s legacy through the time.

Tell us a little bit about the inspiration behind the capsule.
We started dressing Prince in 2011. We never met him – we did everything through the phone, we sent him some clothing, and then he asked the next day if we’d like to work with him, which of course we did. That’s how we started out with him, and we worked with him until his death and we dressed 3RDEYEGIRL and a lot of his associative acts like Liv Warfield and Judith Hill. It was a wild ride.
We learned to work hard and fast. It was a very emotive experience in some ways, making Prince’s clothes: we would put his music on and we would work. Sometimes, what we started out making wasn’t what we ended up making. From a design point of view, you didn’t have time to second guess yourself, you just had to fly and that’s what we did. For the capsule collection, we were asked to interpret his 1999 album through our eyes. So, this was a Prince we knew from music but didn’t know at all. We tried to blend everything through his music, so in some ways, I feel that this is a very good collaboration because it takes into consideration two different people, our view of him then and our view of him now. […] Layer it all together somehow, that’s what we tried to do.
What was the most important thing for you in interpreting Prince’s legacy?
We wanted to include some of the baroque elements of his 1999 look, the short fabulous jackets. But, by that same token, we didn’t want to make a costume. When we made the trench coat, for instance, he went to Le Salien and bought a bunch of trench coats and studded them up. It wasn’t until later that he was making beautiful, purple leather ones. So, we wanted it to have a trench coat look but also without looking like a trench coat.
Kind of like an adaptation of that staple that was so a part of his wardrobe.
It is. And we tried to get some of that 18th-century military look which the baroque short jackets kind of emulated in a weird way, too. In some ways, we went more with an 18th-century frock coat than a trench coat length.
We went through so many different options to use and we just found the ones that we thought were perfect. And then, if you look at the printing on the back of the bomber jacket, there’s also an image, a laser-cut leather piece of the word “Prince” from the album. Then, with the bladed leather jackets, if you pull on the leather, it opens and there’s purple underneath the whole thing, which shows where it stretches and moves. And then there are the lyrics of his music again laser-cut in leather which are stitched on top. From 1999, what are some songs off that album that you personally connect to?
Growing up, “1999” may have been one of the biggest for sure. “Little Red Corvette”, we can’t leave alone.
What you have to understand is that day in and day out, what we do is to sew and listen to music. We didn’t just listen to 1999 though, there’s so much more than that and the people that you would buy or that he influenced. The music is literally constantly playing.
What role does music play in your creative process?
It’s everything. We’re both music lovers, I don’t think I can sew without music. If we’re in a quiet mood, we’ll put on Miles Davis and let him run his course all day long. It depends on who we’re designing for, and it can roll all over the board. We have certain passions that we will exhaust for a while and then regain them as old friends.
As the people who made this capsule, what do you hope to be the significance it carries to someone?
These are carefully crafted garments, they’re different from fast fashion. It’s just us making them in our studio, and we don’t have an entourage of people helping us. They’re complex pieces, and Prince was one complex man. When I was talking earlier about layering…these pieces have more than a wink in them. They have a certain amount of understanding of what we’re trying to do, a certain amount of Prince. The bomber jacket used pieces that we had from when Cathy made jackets for him. I can’t tell you how much we put into this. There’s a lot of thought to make it – because like everyone in the world when he passed away, it just ended so abruptly. It’s a way for us to revisit, we’re just having a conversation between the two of us now.
What do you think is a hero piece from the collection that a die-hard Prince fan would really want to get their hands on?
There are two vests: one is purple, one is black. There are also two “trench coats”, and they’re cool for all their own reasons: one is purple paisley leather and one is this black shimmery leather. And then the bomber jacket, the strip jacket and then the bladed jacket. To me, they’re my favorite — because he wore them. We made those jackets for Prince and so did 3RDEYEGIRL. With the purple underneath it, the iridescent holographic leather on top and the laser-cut lyrics, I think we nailed it.
What would you all say keeps Prince’s spirit alive?
We’ve been so lucky enough to work with the people he worked with, which is really lovely and so heart-warming because it’s so nice to see them and communicate. But he’s still in everything we do. When we cut something or when we sew something, there’s always so much of him that still flows through what we make and changes — because nothing is static.
He changed us. We’re nothing like we were—we actually never say “no” to anything now. We think we can do anything.

Tomo Koizumi Dreamed Up A "Christmas Tree" Dress, And We Are Living For It
The colorful and festive frock was worn by London designer Matty Bovan.