The best looks from the red carpet of the 78th annual Venice Film Festival.

The best looks from the red carpet of the 78th annual Venice Film Festival.

The 78th annual Venice Film Festival has kicked off in full swing this year, with looks aplenty to coincide with the cinematic art taking place in Italy.

On the silver screen, stars captivate audiences with their roles, bringing boundless talent to the film industry. On the red carpet, however, is where stars truly get to shine. From sequins to silk, ballgowns to blazers, these are the best looks from the red carpet of the 78th annual Venice Film Festival. Back in black, Kirsten Dunst stunned the red carpet in a Giorgio Armani gown with embroidery details and a tulle skirt. Sleek and sophisticated, the actress perfectly balanced the elegance of VFF with the boldness of Armani. Zoe Saldana showed some leg in an entirely sequined red gown by Dolce & Gabanna. The Hollywood favorite paired the simple—but certainly stunning—dress with a simple black shoe and bare neck and wrists, proving that, when it comes to fashion, sometimes you just have to let the look speak for itself. 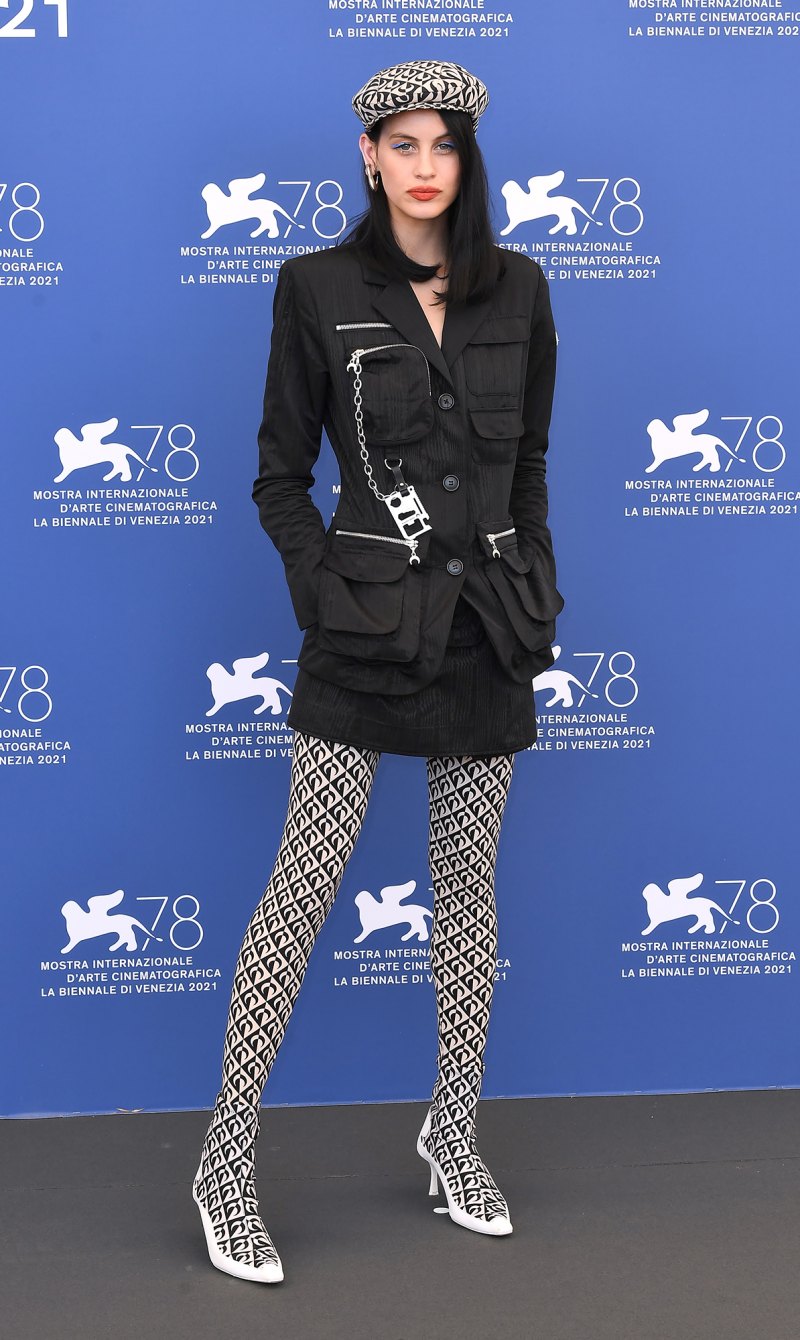 The Spanish actress brought a much-welcome look of fun and freshness to VFF. Adorned in a look by Marine Serre, Smit wore black and white printed tights, a tailored jacket and skirt and matching hat. To finish the youthful outfit off, she wore a playful blue eyeliner look. In custom Dolce & Gabanna, Helen Mirren’s Venice Film Festival look was truly fit for a queen. Icy blue sequins covered the floor-length gown, and with a matching headband, clutch and even a mask, the actress looked straight out of a fairytale. 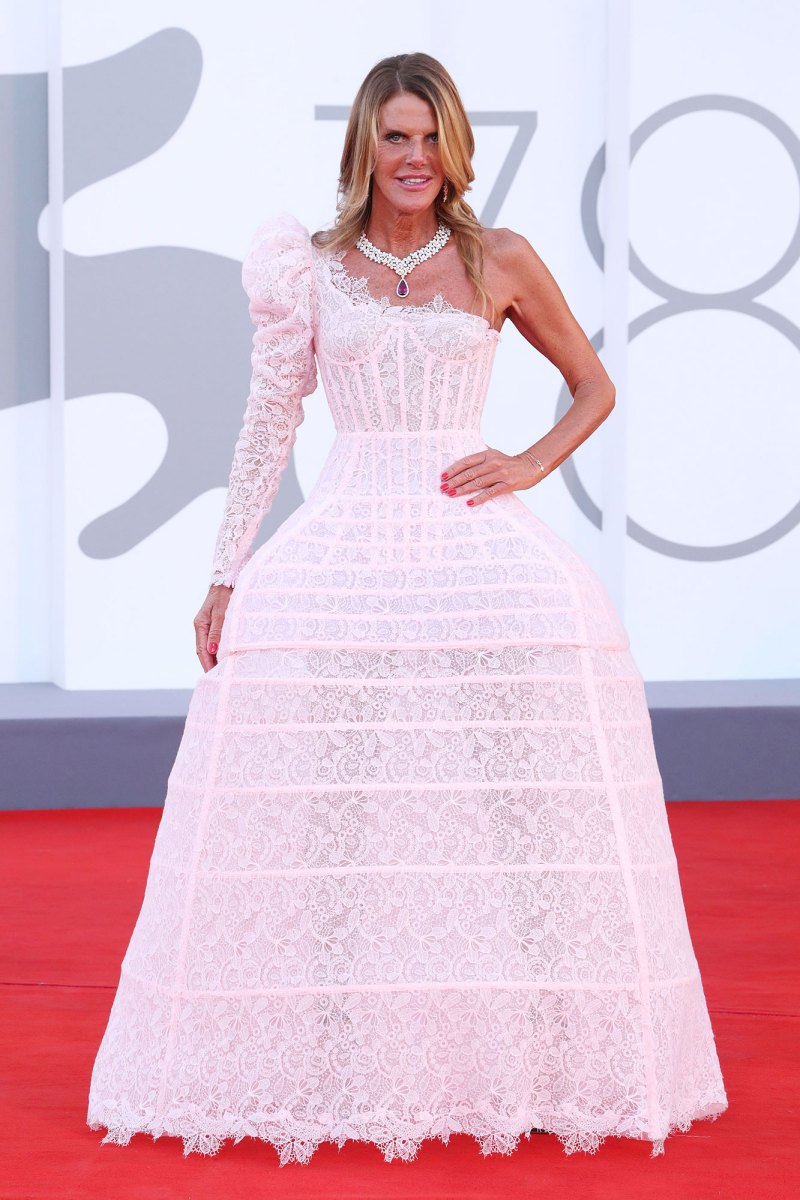 The Italian fashion editor and icon may as well have stepped out of a modern Versailles court in this baby pink Ermanno Scervino gown. Delicate lace detailing brought a certain softness to the otherwise sharp and powerful look, complete with a bustier and full skirt, along with a one-shouldered design. 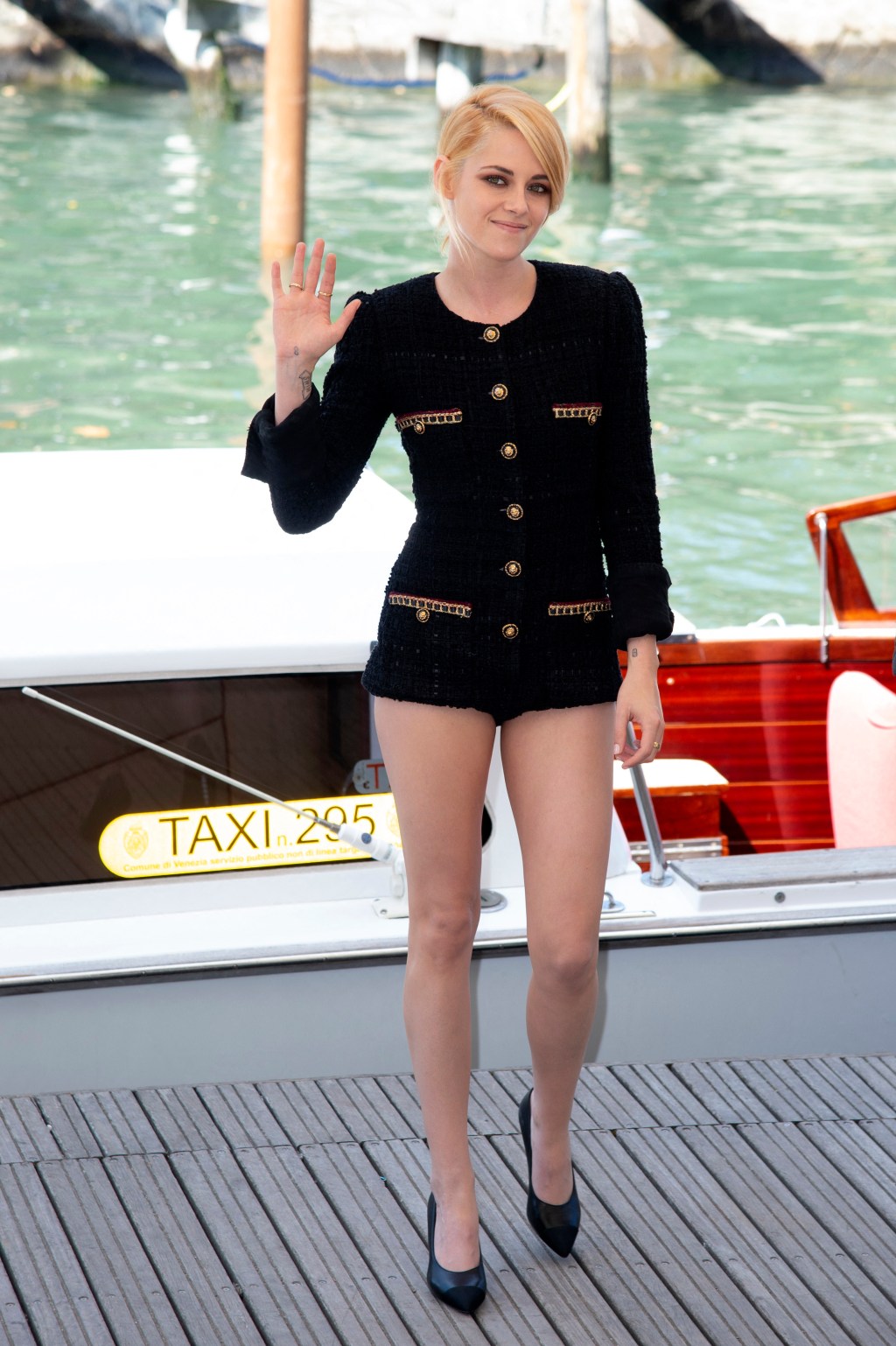 Ever the beauty in Chanel, K-Stew brought her signature chic elegance to Venice this year. In a black tweed Chanel outfit with gold detailing, the actress was perfectly poised. 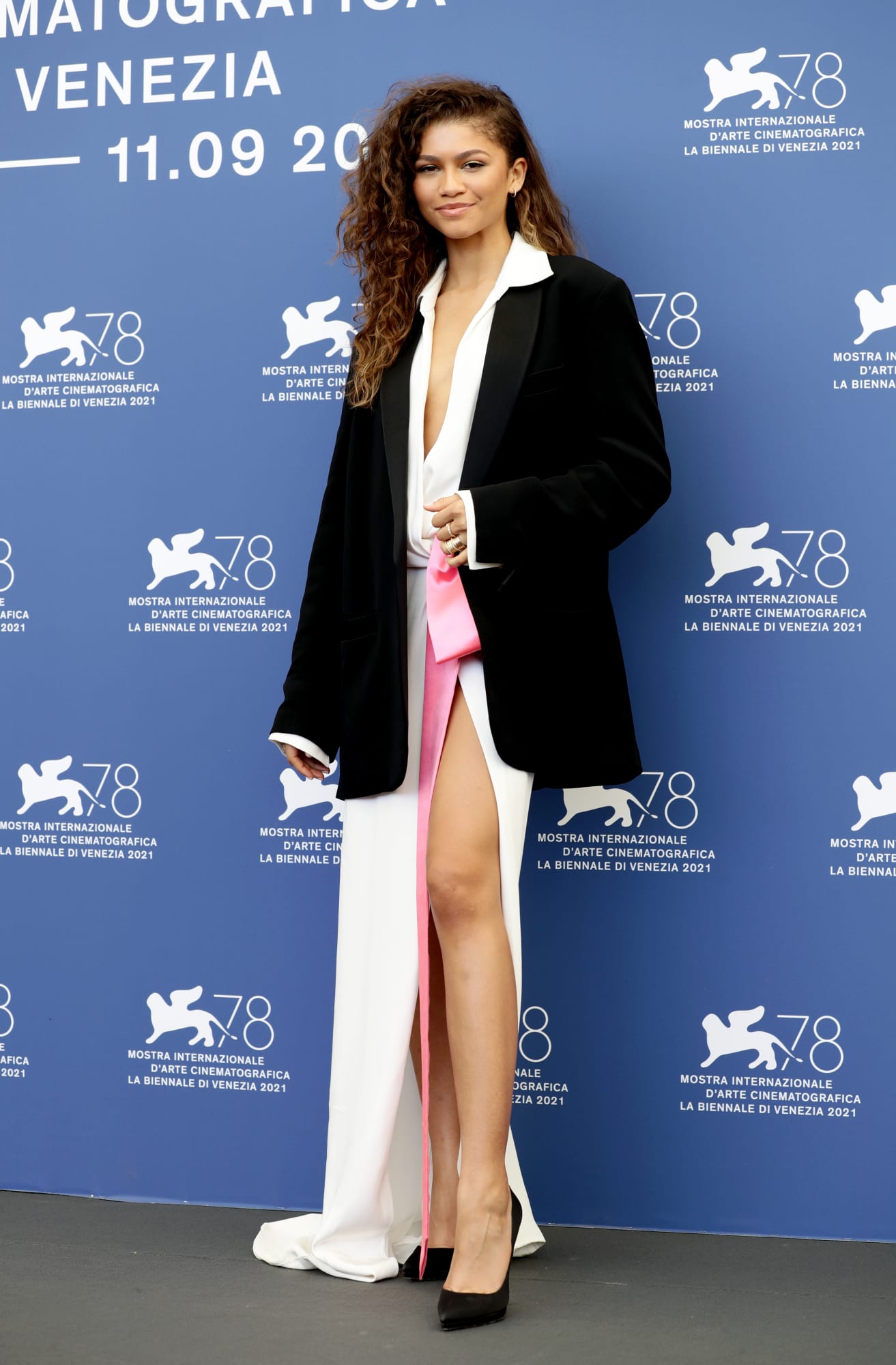 Let’s be honest: anything Zendaya wears on the red carpet is sure to make the “best dressed” list. But in this Valentino look teetering between masculine and feminine, the actress truly shines. An oversized black blazer neatly complements the chic white gown, complete with high leg slits and a low V-neck. With fringed detailing and bow adornments, Penelope Cruz stunned the red carpet in a black and white gown by Chanel. The actress looked doll-like in the dress, perfectly fitted and culminating into a voluminous skirt with Chanel’s signature femininity. 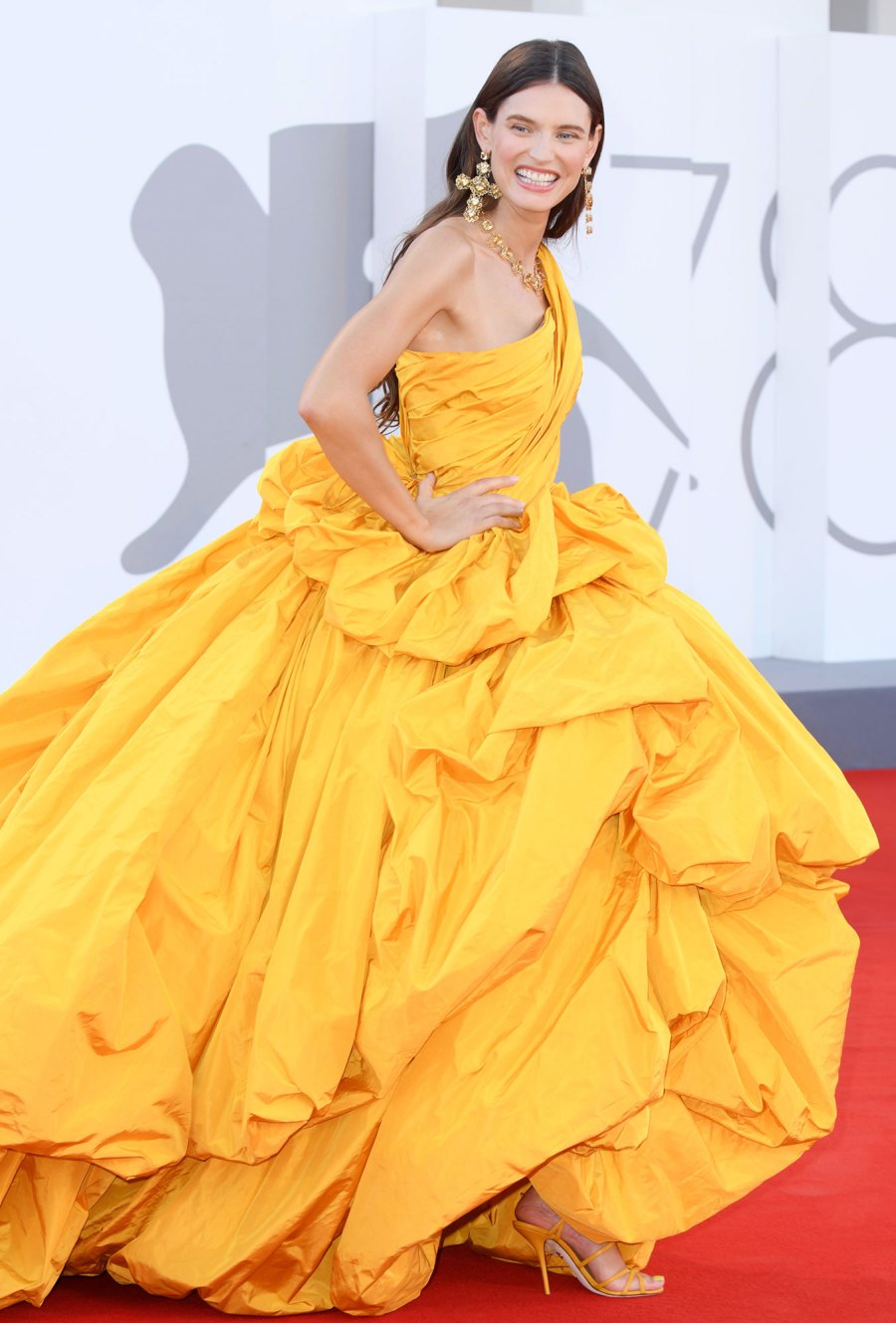 They say that red and yellow clash, but Italian model Bianca Balti proved otherwise on the red carpet. In a gorgeous gown by Dolce & Gabbana, Balti flourished in head-to-toe gold, a bright point of color complete with a voluminous skirt. Adriana Lima truly put the red in red carpet when she stepped out at VFF in this custom Etro gown. With a strapless top and criss-cross detailing with side cut-outs and a high leg slit, no one can deny this dress was made to be worn by the model. Literally. Always the bold beauty, model Barbara Palvin attended VFF in this black gown from Armani Privé. With a curvy silhouette and understated accessorizing, the look was chic and elegant, a simple yet stunning take on red carpet fashion. 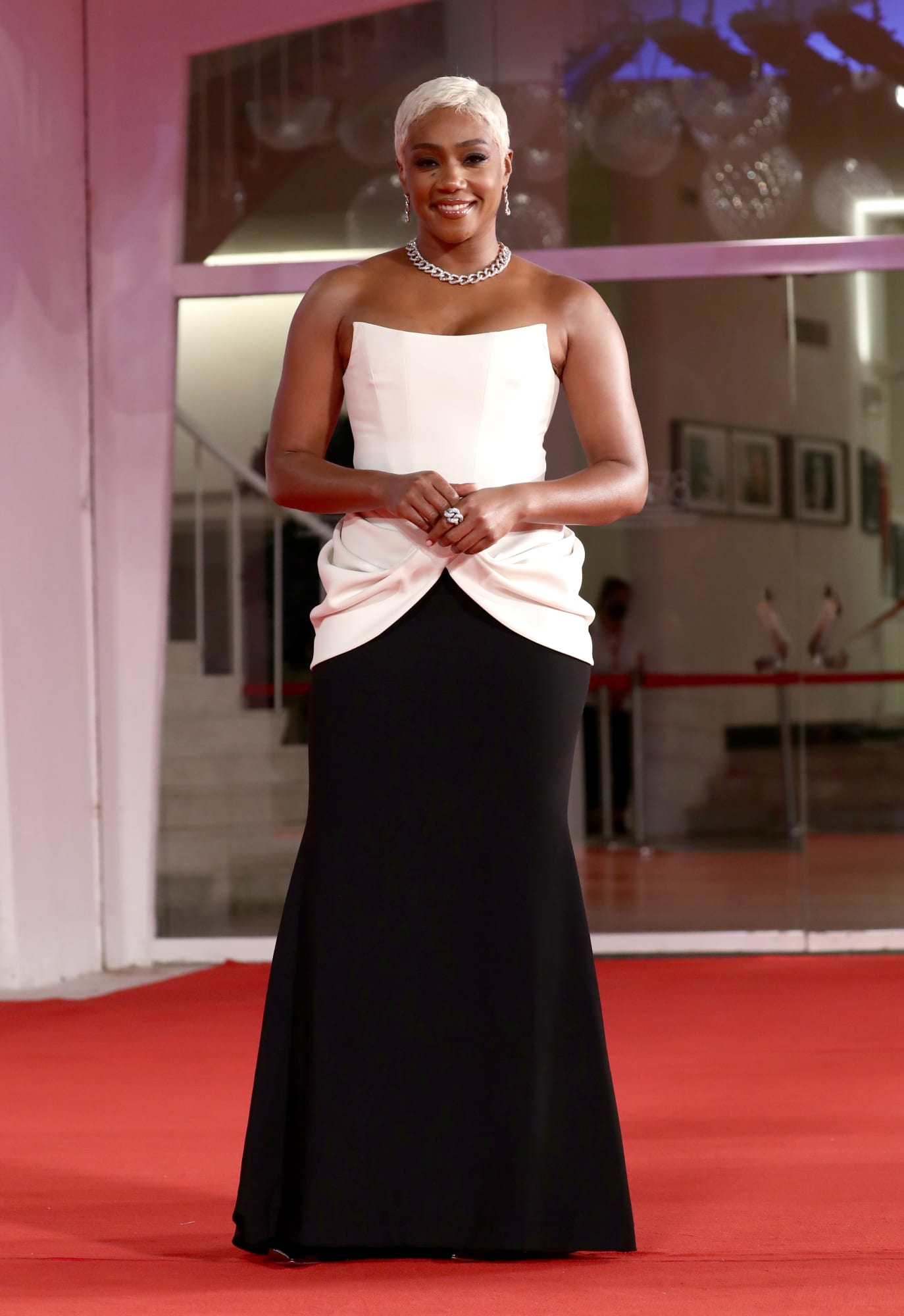 In a black and white look by Christian Siriano, Tiffany Haddish was the embodiment of sophistication on the red carpet. Complete with silver chain jewelry, her look—a corset-like top and full skirt—was contemporary and timeless at once. 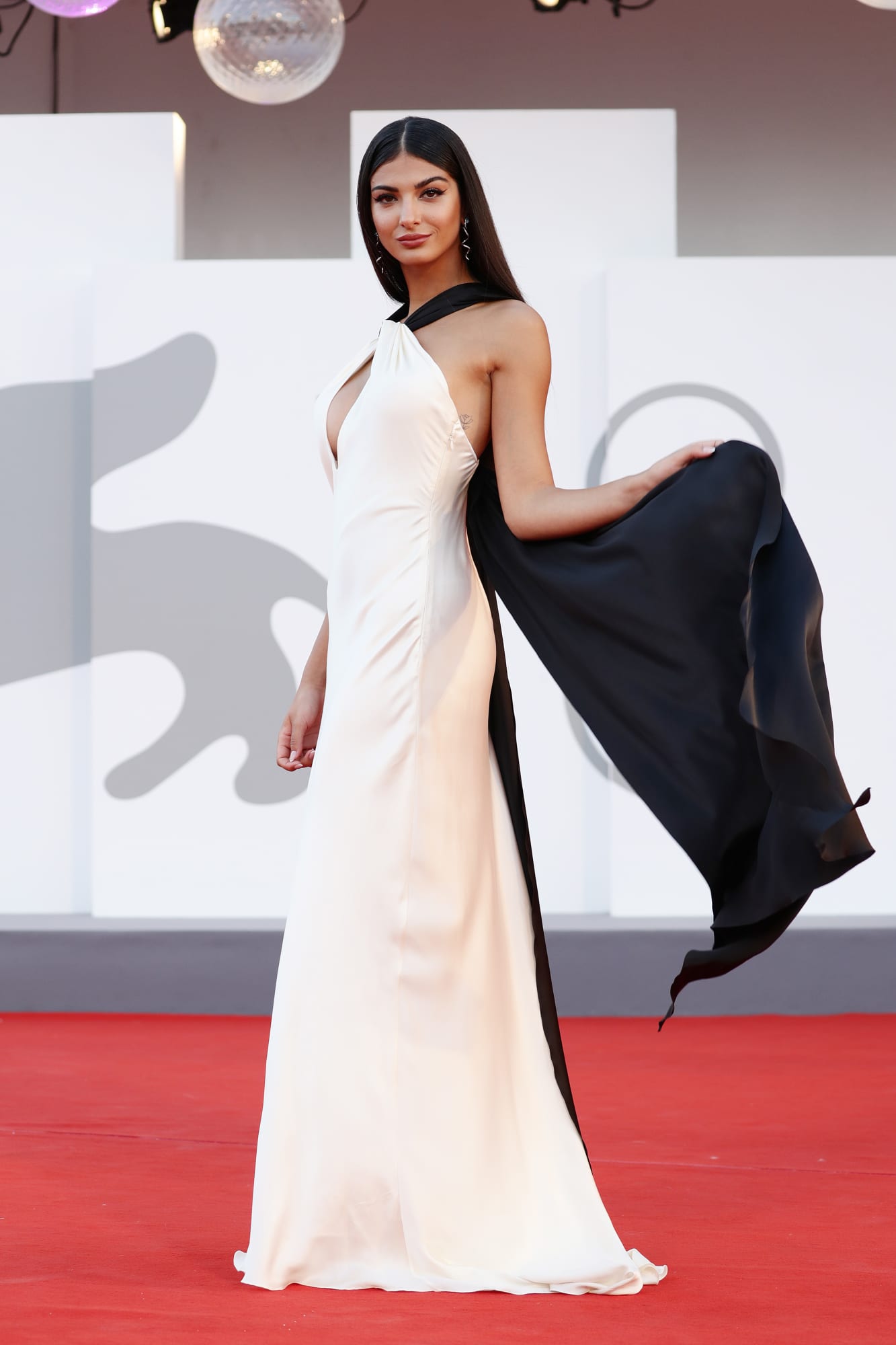 Another beauty in black and white, Elisa Maino proved that, sometimes, a neutral-toned look can be even more bold than the brightest of hues. Her Redemption gown featured a sleek halter-cutout neck and contrasting black cape, resulting in one of the most elegant looks on the red carpet. 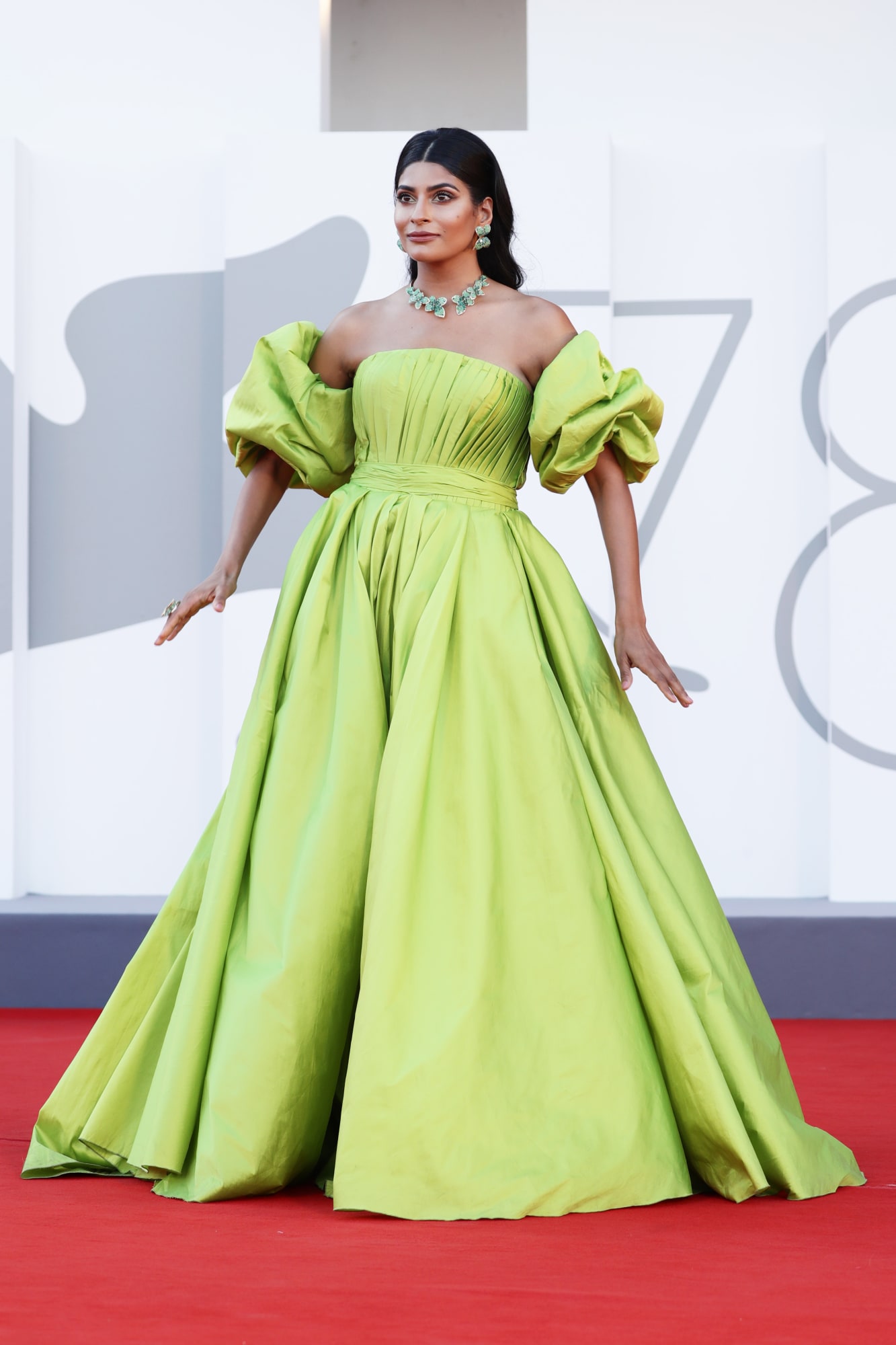 Haven’t you heard that green is the color of the season? In this Aden gown, it’s clear that Farhana Bodi did. The social media star stunned in this voluminous lime dress with puff sleeves, matching it with baby blue jewels to be the belle of the ball.

Balmain Fall 2021 Collection Featured in Balmain-Channel 4 Series "Fracture"
These designs are the real star of the new television series.